My take on a classic Southern hash brown casserole includes fresh hash browns, a homemade soup concentrate, and lots and lots of cheese. This is a Cheesy Hash Brown Casserole you’ll want to serve at every meal!

I feel like every region in the United States has their own version of a hash brown casserole. When I was in my 20’s, I moved back to Mississippi and, if I was lucky, Olga Mae (my grandma) would have a pan of hers on the stovetop when I went to visit on Sundays. She called them her Sunday Potatoes. Olga Mae was pretty clever.

In the Midwest there’s another version called Funeral Potatoes, I guess because they’re an easy dish to bring to someone’s house after a funeral. Most funeral potatoes are topped with corn flakes. Olga Mae topped her potatoes with crushed Ritz crackers. Told you she was clever.

Whatever you call them, they are a lot of potatoes with a lot of cheese. Everyone loves a cheesy potato.

What’s with the chicken soup?

Another thing most hash brown casseroles have in common is the addition of cream of chicken soup. Or cream of cheddar soup. Or both. It’s the glue that binds everything together. The salty, preservative laden glue. I make my own, it’s less salty, and I don’t even know where to get preservatives. Oh, and it only takes 5 minutes.

How to serve your potatoes

Love potatoes? I got you covered!

As an Amazon Associate, I earn a small commission from qualifying purchases, at no extra cost to you. I only recommend products that I use and love. Any money earned allows me to keep doing what I love – providing free recis t my readers!

Instead of making the homemade soup concentrate, you can substitute with one can of store bought cream of chicken soup. I like to use a combination of cheeses: cheddar, colby, and mozzarella for the best flavor and melty qualities, but any cheese you prefer is fine. You can prepare this dish ahead of time. After assembly, cover the baking pan, and refrigerate for up to two days. You may need to adjust the baking time by 10 minutes to account for the chill, and cover the pan with foil if the top is browning too quickly.

Hi! I'm Cynthia. Welcome to my little corner of the Interweb! I hope you’ll enjoy journeying with me through all the cultures and cuisines that make up a lifetime of cooking and eating, as I show you how to make delicious food easy!

In our house, we get up with the sun and most of us don’t stop working until late in the night, so breakfast and brunch are our family meals. So join me at the kitchen counter, where I cook up delicious food for my busy family, starting first thing in the morning!
more about me --> 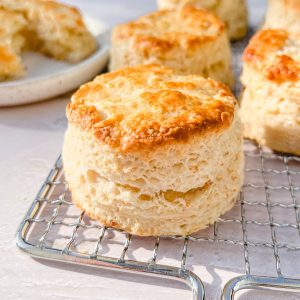 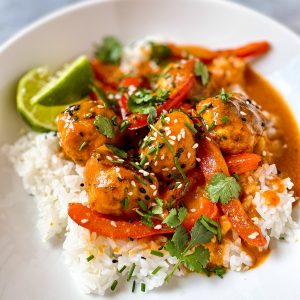 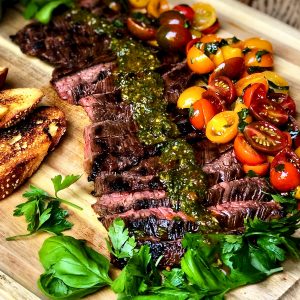 by subscribing to my newsletter!

Your email address will remain private and you can unsubscribe at any time.

We're going to have a delicious time together!

Check your email to confirm your subscription and to get your download!